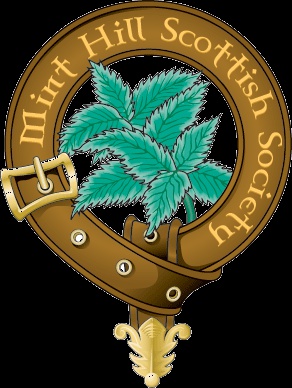 In the late eighteenth century the highlands of Scotland began to be cleared of people, who, for countless generations had worked and lived on this land, to make way for a more profitable tenant-sheep. The Clearances drove the people to the far corners of the globe. The area that came to be known as Mint Hill, too, benefited, as it was settled by expatriated Scots. Most of the settling families had Scottish surnames. To this day Scotland can be heard in the names of our town's people.

Each spring, the Society hosts the Mint Hill Scottish Festival & Highland Games featuring music, Scottish dancers, food, pageantry and many representatives of Scotland's clans. The 2006 festival drew more than 3,000 attendees from all over North Carolina as well as South Carolina, Virginia, Tennessee, Kentucky, Georgia, Florida and Texas. The 2007 festival will be held on March 24, 2007.